In the first of our series on clinical trials and diversity, our CEO Gary Hughes discussed how ethnic populations are underrepresented in trials, leading to a lack of knowledge around how drugs affect patient groups viewed as outside the “norm” (today still primarily white and male).

On International Women’s Day I’d like to draw attention to that other neglected cohort: women. As roughly 50% of the population, we’re hardly in the minority, which is why it’s so shocking that women’s health is so under-researched.

Women’s lack of participation in clinical trials is not a new problem. A recent study from the Allen Institute for Artificial Intelligence in Seattle examined women’s participation in medical research over a quarter of a century, looking at 13,000 trials registered on clinicaltrials.net. While women made up 49% of all participants, when the data was analysed study by study, women were often still unrepresented. For many disease types, the ratio of females to males didn’t match the real-world gender split among patients. This included deadly conditions such as cardiovascular disease and chronic kidney disease. 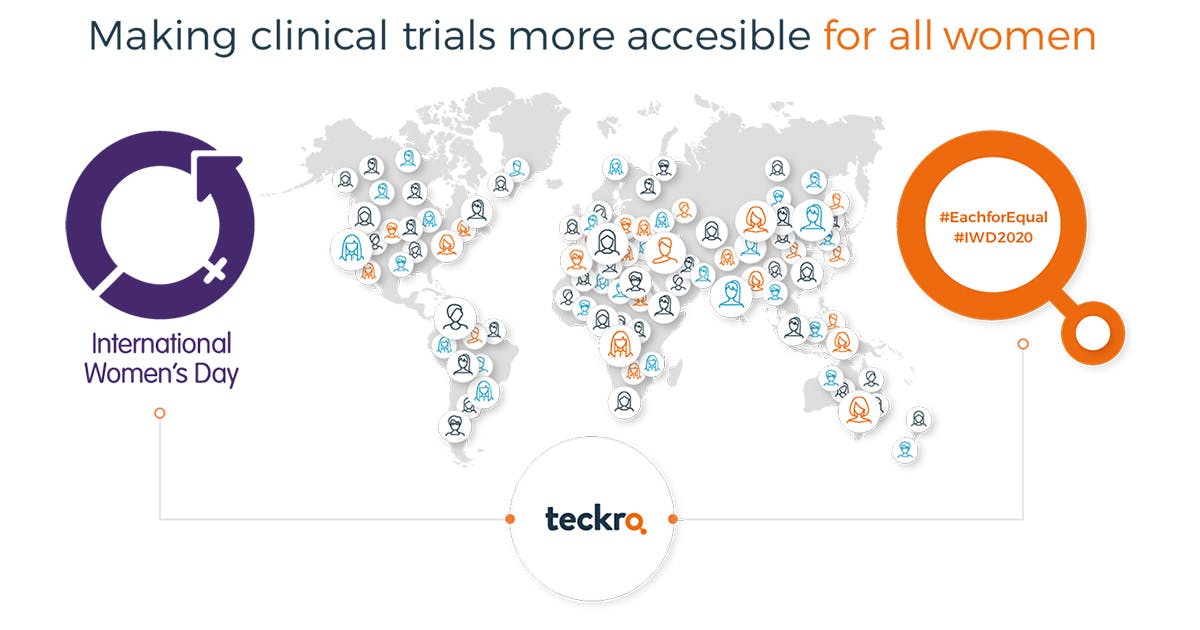 So, what has gone wrong? Well, realistically, the fact that women’s health is not given such prominence in the medical field shouldn’t come as a surprise. Historically, women were excluded from clinical trials because their bodies were viewed as too complex to study due to fluctuating hormones. This in turn has affected the types of studies women participate in and means they’ve somehow ended up excluded from some of the most important trials. Times have changed, society has supposedly moved on, yet the gender health gap still exists. What else could explain the shocking fact that women are 50% more likely to be misdiagnosed after a heart attack?

Think about it: when you picture a victim of cardio arrest, you likely think of a white, middle-aged man clutching his chest. Well, what if I told you that shortness of breath, nausea and back or jaw pain are heart attack symptoms more likely to be experienced by women than men? The likelihood is that you wouldn’t know this, and this knowledge gap is causing damage – huge damage – to women’s health across the globe.

Right now, women are up to three times more likely to die after having a heart attack than men because they’re not getting the same treatments. Researchers found that if women in the UK received the same medical care as men in the year following a heart attack, many more would live. So, ignorance around how symptoms present in women is causing unnecessary deaths. And with AI set to bring huge changes to how people are diagnosed and data is managed, it’s important that the unconscious bias inherent in the technology is addressed. After all, datasets are programmed by humans, and they are only human, and influenced by wider cultural stereotypes and prejudices.

Ever the optimist, I like to propose solutions rather than focus on the negative. The fact that we’re starting to gain more insight into the knowledge gap and that more experts in the medical field are starting to talk about the gender disparity shows that we’re at least trying to overcome the age-old assumption – that white men are typical and women are atypical. So far, so good. But what really needs to change is how clinical studies are conducted in the first place. That’s right: we need to increase the number of women taking part in clinical trials.

Easier said than done? Of course, but as I said, I’m an optimist! In my view, there are three key reasons that women aren’t taking part in clinical trials. Here’s what they are, along with my suggested solutions:

It’s hard enough getting physicians to recommend clinical trial participation to male patients as it is, let alone women. Doctors are time-pressured, which means there’s a very short window for them to assess trial eligibility. And they may not have access to all the information they need about potentially relevant clinical trials. In this scenario women’s health takes more of a back seat. And then there’s the added issue that healthcare providers simply don’t always take women’s symptoms as seriously as men’s meaning they may not be seen as unwell enough to participate in clinical trials.

As women are often the caregivers, they may have time and transportation limitations that curtail their ability to return for follow-up visits, or even attend in the first place. For low income women or those in rural areas, this is an even bigger issue, as they are further away from trial sites, so it makes it even harder to attend.

Women are concerned about safety

That’s not to say men aren’t, but traditionally women have been more cautious than men when it comes to taking risks – a stereotype, but be it nature or nurture, needs to be taken into consideration. And this caution is not without reason. In a span of three years from 1997 to 2000, eight out of 10 of the drugs for which the FDA withdrew its approval had harmful side effects for women.

The theme of International Women’s Day 2020 is the Generation Equality Campaign, which is about “bringing together people of every age, religion, race and country to drive actions that will create a more equal world.” I say that health needs to play a big part in this drive - there should be no question about women’s health being taken as seriously as men’s in the drive towards full equality. And what better place to start than equal participation in clinical trials?